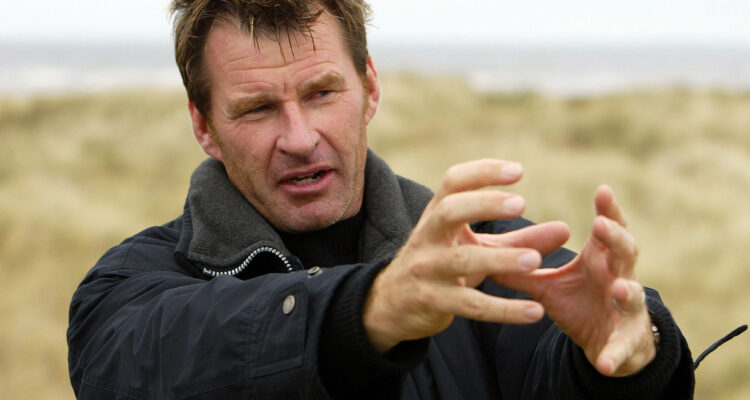 With his unparalleled pedigree as a player and as a golf course architect, six-time Major champion Sir Nick Faldo was the natural choice when it came to masterminding the creation of Pakistan’s first championship layout at Rumanza. The result is a stunning layout that will thrill and challenge amateur golfers and tour professionals alike

Sir Nick Faldo is no stranger to success. As a player, his tally of six major championships and 37 other tour wins has earned him the honour of being England’s most successful golfer of all time, while his eponymous series of junior tournaments, which he launched 25 years ago, has helped launch the careers of dozens of the current crop of world stars, including Rory McIlroy, Danny Willett, Tyrrell Hatton, Yani Tseng, Megan Khang and Carly Booth, and over 75 other tour players and counting.
Faldo has also made a success of his ‘second’ career, that of golf course architect, with his international practice, Faldo Design, having created dozens of world class championship courses around the world over the last 20 years, with the Emirates Club in Dubai, Laguna Lang Co in Vietnam, Lough Erne in Northern Ireland and Cornelia Resort in Turkey being among his most celebrated projects to date.
So it is no surprise then that Sir Nick was the man to call on when it came to creating a course to match the standards required at the Rumanza Resort in Pakistan, which is Faldo Design’s 28th course. The most ambitious golf construction project in Pakistan’s history required ambitious designers, and Sir Nick and his talented team, including lead architect Andrew Haggar, Director of Design Gareth Williams, and David Matthews, construction manager at Desert Group, the contractor for the project, are certainly that.

Over last three years, Sir Nick has worked with an extensive on-site team to put turn his design philosophy into reality, prioritising golf course strategy, memorability and embracing the existing natural environment. Throughout the construction phase, the golf course has implemented the most advanced environmentally friendly measures, working alongside the GEO Foundation in order to deliver a high quality, sustainable golf course experience.

Speaking ahead of the course opening, Sir Nick said: “This is a landmark moment for Faldo Design and a landmark moment for golf in Pakistan. We are truly honoured to be creating our first Sir Nick Faldo Signature course in Pakistan and feel a great responsibility for taking full advantage of this parcel of land which, right from the outset, we knew had potential to become a great golf course.”
Sir Nick was adamant from the start that the course should meet the highest ecological standards and preserve as much as the local character as possible. He said: “The existing site was flat agricultural land, featuring mango and orange trees, with cereal crops too. We were keen to retain an identity for the site, so we have preserved certain areas of fruit trees and using them as a feature for specific parts of the course. The site was also dotted with interesting farm dwellings and original earth walling, some of which have been retained as part of the course design to preserve the local character. We have also been careful to preserve the views of the desert, the woodlands and the wetlands to ensure that the course works in the harmony with the golf course.”
He adds: “Rumanza utilises the most modern practices in order to ensure long-lasting environmental sustainability. The course is the region’s first pure sand-based design and we have grassed it with Platinum TE Paspalum to not only ensure a firm, fast-running course, but also one that can withstand the extremes of climate that this region experiences.”
“Other notable features include the revetted links-style bunkering from EcoBunker, which not only look incredible, but are also easy to maintain; while the four large lakes that we have created significantly add to the visual and tactical enjoyment of the experience.”
Speaking about the design of the course, Sir Nick says: “Among my main design philosophies when creating this course was ‘playability’. Given the relative newness of golf in Pakistan, it is quite likely that we will have golfers playing for whom Rumanza will be their first experience on a proper golf course, so it is vital that it is playable for a wide range of skill levels. While for the better golfers, we want to teach the importance of strategy and decision-making, and I think we have achieved that with the layout of many of the holes. Finally, there is ‘memorability’. I want golfers to come off the course being able to remember each hole for its unique design, its style and its character – all of which adds up to creating a memorable round of golf.”

Speaking about the impact and the legacy the course will have in Pakistan, Sir Nick adds: ”We hope that Rumanza, and its superb facilities, including the new Performance Academy, can serve as a source of inspiration for a new generation of golfers in Pakistan, helping to grow the game in what remains a relatively untapped market for the sport, as well as providing an incentive for golfers from all over the world to add Rumanza to their bucket list of courses to play. I will certainly be looking to stage some of my Faldo Series events here, and it surely won’t be too long before the Asian Tour and the DP World Tour see it as a potential future venue to host their tournaments.

“Whatever the future holds, it certainly looks bright for Rumanza and I’m delighted to have played a role in bringing it to the golfing world at large.”