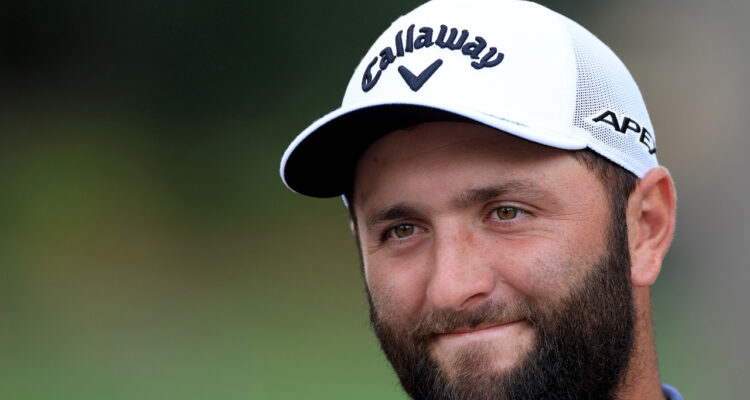 With a first major victory finally secured at last year’s US Open, Jon Rahm says he is eager to win more of the game’s top prizes as well as to perform more consistently at the highest level

It took Phil Mickelson until he was 34 to win his first major, but you did it at 26 with your US Open win last summer. Did you feel like a weight of pressure building up as each major came and went?

No. It’s very easy to get into a mindset of think that only Majors count, and that nothing else matters. I mean, we all know that winning a Major is not easy, and that’s why only a select group of people have done it. I arrived at last year’s US Open hoping to play well, but a little bit of me was relaxed about it all. You know, I could use my Covid result and my lack of practice as an excuse for not playing well.

As I’ve gotten older, my mindset has changed a bit, and I’m a bit more relaxed on the golf course mentally than I used to be. Bad shots bother me still, but I don’t let them ruin my round or my day. Since becoming a father, I know that I have to be more of an example to my son, although I know he’s too young to understand, but I have to be a better role model to him and to other kids out there. I’ve done some stuff in the past on the golf course that I’m not proud of, and I wish I could erase that, but I can’t and I’ve got to move on.

In the past I’ve got frustrated in the US Open. I’ve made a lot of birdies and a ton of bogeys and double bogeys, but at Torrey Pines I was able to kind of switch it up and I made more birdies than bogeys and got it done.

My goal is always to do better each year. But, you know, it’s hard to say. Last year I had some very consistent results, but I only had one win, so I could tell you right now that I would gladly take a little bit more inconsistency if I was able to have more wins. So, it all depends on how you look at it. Being consistent, with top-five finishes every week, will get you to world no.1, but so will winning every week. With so many other good players out there it’s hard to only count wins as successes, just because it’s a sport where winning doesn’t happen that often, unless you happen to be Tiger, back in the day. You can’t just think about a second place as a loss. So, getting back to your question, my goal is to try and have a better year than I did last year. How that manifests itself remains to be seen.

Which is more important, being no.1 or winning more Majors?

Well, I’ve got both now, so it’s all good! Becoming world No.1 is a consequence of playing really good golf for a very long time, while winning a major championship is performing really well for just one week. The odds of someone just coming in and just having a better week than you are very short, but to do that over a much longer period of time is a lot harder, so I was very proud of getting to No.1 so early in my career, with or without a major.

Of course, I want to win more tournaments, and hopefully win some more Majors, but I also want to be the best and most consistently high performing golfer I can be. Everything else is pretty much out of my control.

I do feel like there’s some magic formula that some people are instantly able deal with the added pressure and stress of a major, and it has taken me some time to figure out what that was. Jordan Spieth, for example, seemed to discover that formula early in their careers, while some, like me, have taken longer. But it’s something you’ve got to figure out. Each time I’ve played in a major I’ve felt more comfortable and have given myself better chances, and I eventually got to a point where all the stars aligned and I was able to get the job done.

Do you enjoy having the No.1 target on your back?

Yeah, well, it goes with the territory. I’m world no.1 because of how I played in the past, so if I want to stay here I’ve got to keep playing at that level and trying to get better. At the end of the day, I can only focus on myself, and try to improve my game. If I can do that, and I play the way I know I can play, everything else should take care of itself.

Put it this way, I’m not constantly looking at the ranking and checking out what other players are doing and wondering whether X, Y or Z are coming for me, and whether I need to do this or that. No, I’m trying to play the best that I can and hopefully win a few tournaments.

How pleased are you with the way your decision to change equipment and join Callaway has worked out? Judging from your results last season, it seemed like a pretty seamless transition.

You know, if you asked me when I was switching manufacturers at the end of 2020 that I was going to have the kind of year I did last year, I would have believed you, but I was prepared for the first few months to be a bit of a struggle. Despite everything right away – new clubs, new golf ball – I was confident that things would work out, but I was also still trying to be realistic that it might not be as straightforward as it has been. The new ball and the new irons have allowed me to hit certain shots that I simply wasn’t capable of before and it showed up in my performances, and I’m hoping I can have another quality year this year and hopefully win a bunch of tournaments.

You’ve got the new Callaway Rogue ST Max driver in the bag. Can you talk about the switch to this new club?

I did some testing at home during the off-season and I’m really liking it so far. My spin rate seems to be a little bit more consistent with the misses. Obviously the better the miss can be, the better it’s going to be for me. So that’s what I’ve seen so far from my Trackman numbers, and I seem to be hitting it well on the course, so all the signs look good.

I also like the overall look of it. I’m a very big fan of matt colours – I have a matt black car – so I like the Rogue’s matt black crown. Plus, I really like being able to see the carbon fibre that runs through it. It reminds me of a Formula 1 car, and I think it looks really slick.

You took two-and-half months off from golf after the Ryder Cup. Did you feel like you needed a bit of a battery re-charge after such a busy year?

Yes, it had been a long 18-month run or so since we came back from Covid in June 2020, and what with the travel, the birth of my son, the change of equipment, the Ryder Cup, and all the tournaments, I just needed a bit of a break, and so did my family. I just wanted the time to be a dad, be a husband and just be there for my wife and my son.

I’m really glad I did it. I wanted to be more involved in those early months. I really enjoyed having to wake up a couple times a night and take care of my son. To be able to be there in the morning, give him a bath, feed him and just enjoy the simple things of parenthood. I really wanted to cherish those moments. I know I’m not going to regret any time I decide to spend more time with my family and that was what that decision was based on, and I couldn’t be happier that I made that decision.

During your time off, did you keep an eye on what was happening on Tour? Did you watch Tiger playing with his son, for example?

Of course I did. I’m a golf nut and I watch alot of golf on TV. It was really cool to see Tiger playing golf again, and to see that connection between father and son and how much of Tiger is in Charlie. It’s just inspiring for other fathers out there, so hopefully I can be playing with Kepa [his son] and contending for that event one day. Charlie has clearly got a lot of talent – certainly a lot more than I did at the age of 12. So, if he keeps working hard, which I’m sure he will, I wouldn’t doubt for one second that we’ll see him competing out here one day.

As a golfer who plays all over the world, what was reaction to the proposed Super Golf League ,and what was your reaction to Phil Mickelson’s comments about the PGA Tour and what he deems to be ‘obnoxious greed’?

Listen, I try to stay away from those things. I’m here to play golf, and that’s about it. Phil has been on Tour for a very long time, and I’m not here to judge anybody. Phil said what he said. That’s it. He’s still a great friend of mine. I don’t know why he said what he said, but all I can say is I support him as a friend, yet I don’t agree with everything he said.

I can count myself lucky to be where I’m at in life. I’m a PGA Tour member and it’s going to stay that way. Hopefully I have a long career ahead of me on the PGA Tour. They [the PGA Tour] has done such a great job and I’m thankful for what they’ve done and what we, as competitors, have to play for.

You finished runner-up in your first tournament back from your break, the Sentry Tournament of Champions in January, despite shooting 33 under par. Did you ever think that you’d go that low for 72 holes and still end up not winning?

Yeah, it was a bit of a bittersweet feeling, because you can’t help but feel good about your game when you shoot those numbers, but I still finished second by one shot. It was a bit of an odd week to say the least, but it was a great start to the year, so I have to look at the positives!

How do you keep in shape physically and mentally?

I don’t want to talk too much about my specific routines, but I can tell you that I work out in the gym every single day. It’s not so much a fitness or a weight loss regime, but I’m working out to be the best golfer I can be. So, I have routines that I do every morning and every night to work towards that goal.

I also do a lot of mental work as well. I’m very keen on journaling. I like to write. It helps me to focus and to restructure my thoughts and emotions. When I’m finished I get almost the same sense that I do when I’m meditating or practicing mindfulness, because I’m so in the moment thinking about what I’m feeling. It’s a great for my mental wellbeing and it’s something I do every day.