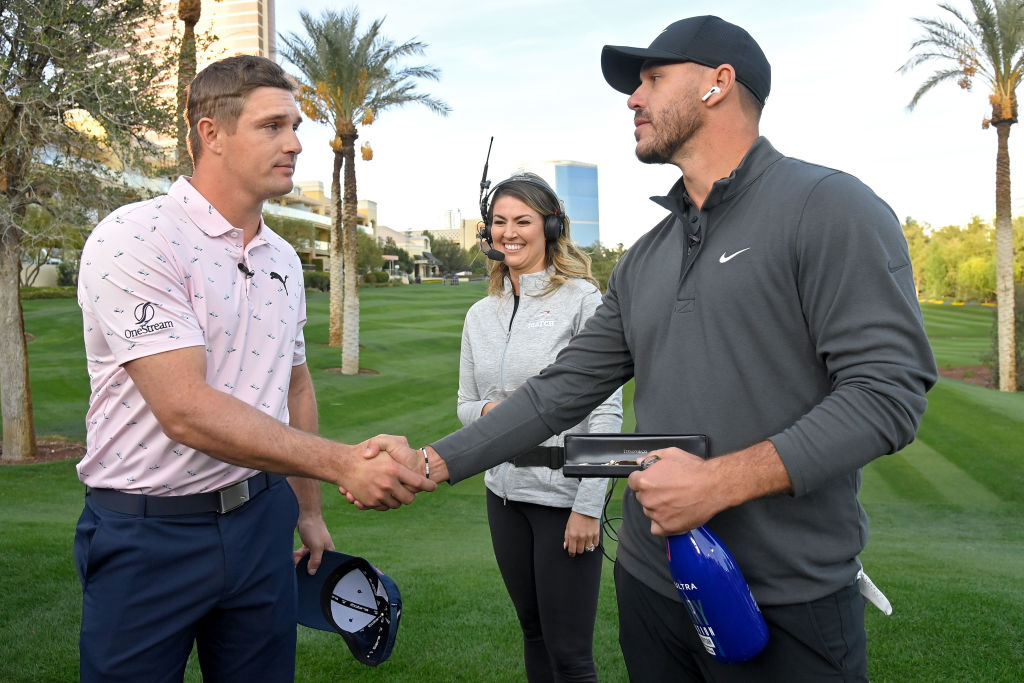 Koepka destroys DeChambeau in one-sided renewal of ‘The Match’

The much-hyped made-for-tv match between feuding rivals Brooks Koepka and Bryson DeChambeau failed to live its billing as a contest with Koepka running out an easy winner of the 12-hole showdown.

Speaking after the match, which saw proceeds given to charity, Koepka said: “I’m not going to lie, I just wanted to spank him. There is respect there, but at the same time it was fun to come out here and settle this.”

Asked if they were now friends, they both laughed and said “no”.