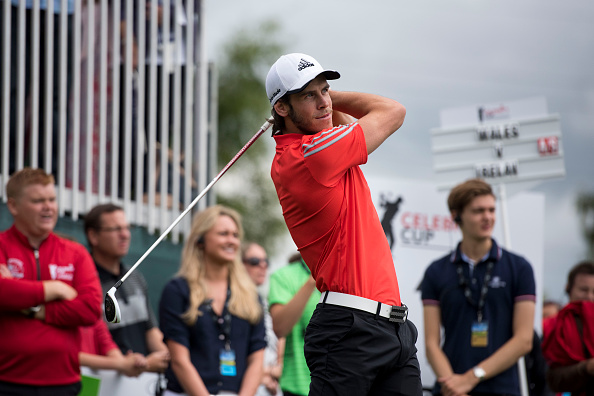 Golf is often considered a sport for the rich just because it takes a lot of money to learn how to play and get the right gear. However, that is not a problem for professional sports stars with multi-million dollar contracts.

Golf is a leisure sport that doesn’t involve too much physical activity, but it is great for your mental health. It brings peace to the mind and a powerful swing on the green feels so satisfying.

Professional sports athletes often try their hands and other sports and it seems like golf got beneath the skin of many professional athletes that like to spend their free time playing some holes.

Gareth Bale is an incredible football star that spent most of his career playing for Real Madrid after moving back to the Spurs. He is often seen on the training day doing some golfing activities and often shares his passion for golf.

The Welsh footballer also has a three-hole golf course at his home, and it seems like he is more interested in this leisure sport than football since his career is on a downward spiral.

Here we have another football superstar and probably one of the most famous footballers in the world. He spent most of his career playing for AC Milan and scored 127 goals in 208 matches. Now he is retired and tried his hand at coaching the national team of Ukraine.

Obviously, he wants to find other sports activities to keep him busy, and it seems like golf is the perfect one. He loves golfing and likes to spend as much of his free time playing with his friends at local golf courses. He even played at one Challenge Tour back in 2013 where he missed the cut after rounds of 84 & 86.

Now we move to the Olympics and the most decorated Olympian of all time, who apparently, is not good only in swimming. Throughout his swimming career, he managed to win 23 gold medals which burned away most of his passion for the sport.

Now you can rarely see Michael Phelps on professional championships, but you can definitely find him at the Alfred Dunhill Links where he participates all the time. He is not only passionate about golf but also very good at it.

One of the best players in the world and a twenty-time Grand Slam winner is also a huge golf lover. After mastering the tennis swing, he decided to try himself at golfing and you can see him around his native Mallorca golf courses.

He even hosted his own golf charity tournament which attracted many stars from around the world. Nadal is a good golfer which is explainable since his main sport is very familiar with golf, at least for the need of upper body physique and perfect hand control.

Wladimir Klitschko is a former professional boxer who competed from 1996 to 2017. Throughout his career, he was the most feared opponent in the boxing ring and held the world heavyweight championship twice.

After he retired from professional boxing, he tried his hand at many things such as golf, entertainment, and even politics.

In the past couple of years, we’ve seen Klitschko as a regular participant at the Alfred Dunhill Links Championship, which is a tournament that allows celebrities around the world to compete against professional golfers.

Can you imagine taking on Klitschko at the golf course? – Let’s hope he doesn’t get mad.

These are some of the professional sports athletes that like to try something new and find a new passion which is called golf. Honorable mentions go to Aaron Rodgers who, besides being one of the players with the most passing touchdowns in NFL history, also likes to head to the golf course every now and new.

It is nice to see how sports athletes transition between sports, which shows the true athletic spirit of the players and how golf can be an inspiring hobby for anyone.