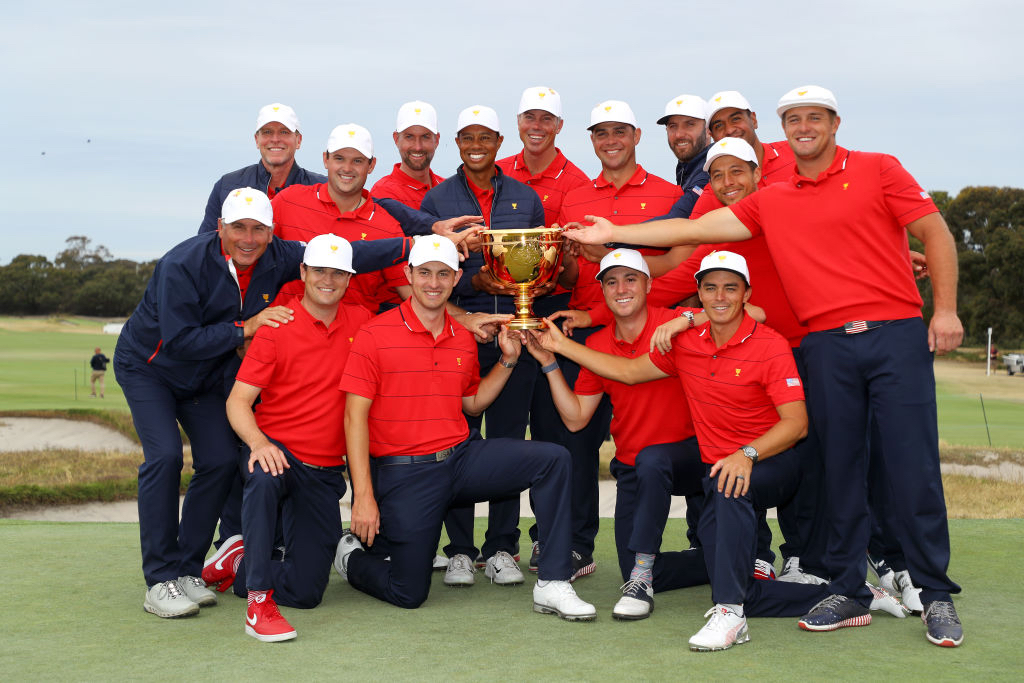 Woods leads from the front as USA win Presidents Cup

Tiger Woods lead his US team to a famous victory in the Presidents Cup, as the visiting side came from behind on the final day at Royal Melbourne to beat the International team for an eighth successive time in the biannual event.

The US team had trailed 10-8 going into the singles matches, but playing captain Woods led by example as he beat Mexico’s Abraham Ancer 3&2 in the first match, while Patrick Reed, who had been winless during the week, beat Taiwan’s CT Pan 4&2 in the third match for one of six outright wins for the visiting team.

“We did it together,” said Woods, who won all three of his matches during the week. “We came here as a team. My teammates all played well, and my vice-captains did an amazing job. It’s been one of the more amazing challenges, but all the guys believed in one another and relied on one another. This cup wasn’t going to be given to us. We had to go earn it. And we did.”

International captain Ernie Els, whose team held a 3-1, 6.5-3.5 and 9-5 at earlier points in the match, said: “We were right there to the end – just a couple of matches didn’t quite go our way. I could have made different choices in the singles today, but I can take it on my shoulders. It is what it is. I followed a plan and it didn’t quite work out – but we came damn close.”

Els’ team was the youngest ever fielded by the Internationals in the event’s 25-year history and they had only Adam Scott in the world’s top 20, compared to the United States’ 10 players.

“If you compare our team on paper with other teams in other sport, you would have laughed us out of the building,” added Els. “But we gave it a hell of a go and we came mightily close to winning and upsetting one of the greatest golf teams of all time.”

The 2021 Presidents Cup will be held at Quail Hollow in North Carolina.