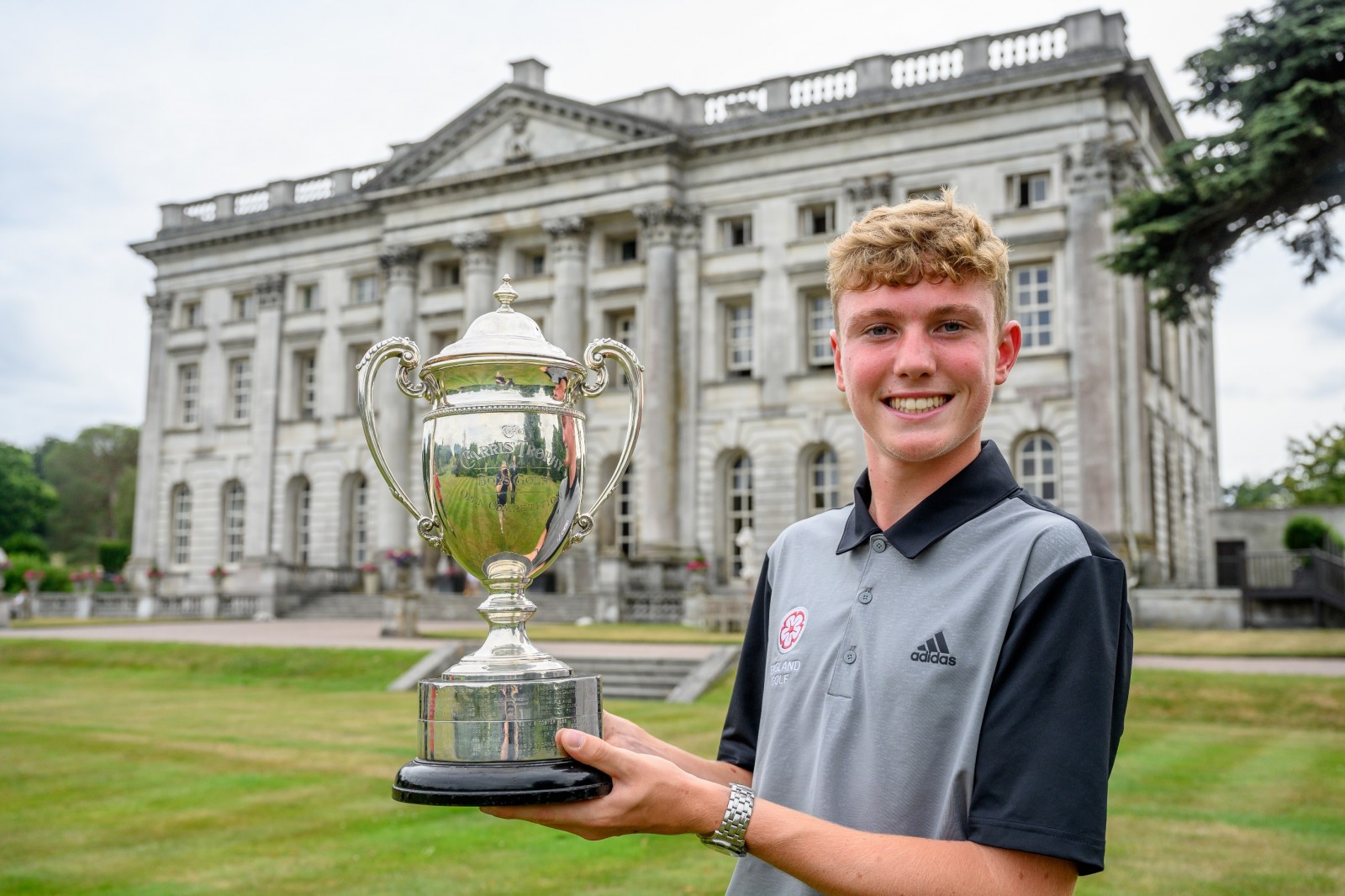 Yorkshire’s Ben Schmidt became just the fourth golfer in history to win both the Brabazon Trophy and the Carris Trophy in the same calendar year when he won the English Boys’ Under 18 Open Amateur Stroke Play Championship at Moor Park Golf Club in Hertfordshire.

The 16-year-old from Rotherham Golf Club became the youngest ever winner of the English Men’s Open Amateur Stroke Play Championship (Brabazon Trophy) at Alwoodley in June and he completed a rare double when he claimed his second national title of the season in the boys’ equivalent in Hertfordshire.

His wins in both the Brabazon Trophy and the Carris Trophy mean he joins Patrick Hine (1949), Sandy Lyle (1975) and Peter Baker (1985) as the only players to have achieved that feat.

Schmidt started the last day as favourite after opening with rounds of 72, 67 and 72, but in the end he had to battle all the way after dropping three shots to par over the first five holes before recovering to post a level-par 72 and finish tied with Spain’s Rodrigo Martin on five-under.

Martin holed an 18-foot birdie putt on the 72nd green to tie with Schmidt, but on the first extra hole he carved his tee shot into the trees on the right of the fairway and ultimately failed to get up and down from the edge of the green for his par. Schmidt hit a wedge to 20 feet and two-putted for a winning par.

“It’s been a tough day,” Schmidt admitted. “I’ve not played my best golf, or anything like it, but I dug in and eventually found something on the back nine to help me get across the line. I didn’t really feel comfortable all day, but I got the job done and I’m very pleased with that. It’s great to get another win under my belt.”

He added: “My goal this year was simply to play as much good golf as I could. I put a lot of work in over the winter. I was hoping that would pay off but not for one second did I think it would be anything like this. It’s been a bit mad, but I’m really enjoying it.”

Further down the leaderboard, Norway’s Herman Wibe Sekne closed with 70 to finish tied third with England’s William Skipp on 285, while another Englishman, Oscar Doran, fired a final round 69 to finish in a share of fifth with Louis Dobbelaar from Australia two shots further behind.

It also proved to be a good event for Scotland’s Calum Scott, who closed with a 70 to claim a share of seventh place. That was good enough to secure the Hazards Salver, which is awarded to the leading competitor under the age of 16.

An Italian squad comprising Luca Civello, Lorenzo Bruzzone and Alessandro Gambetti won the Nations Cup staged in conjunction with the first two rounds of the individual competition. They finished on level par 288 one shot ahead of an England team made up of Schmidt, Conor Gough and Max Hopkins.