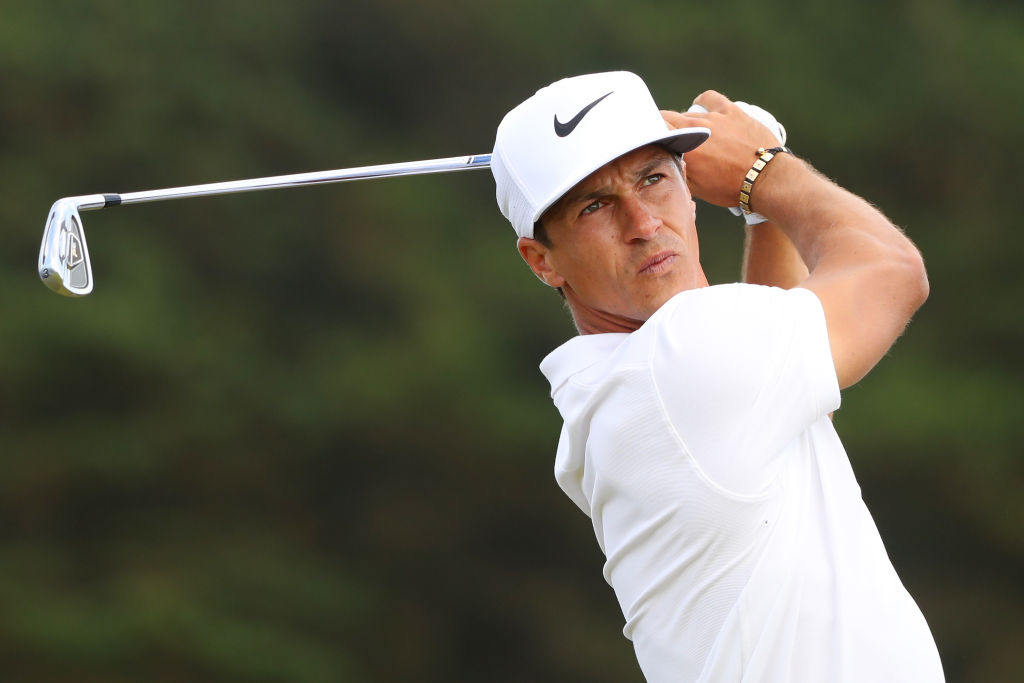 PORTRUSH, NORTHERN IRELAND - JULY 15: Thorbjorn Olesen of Denmark plays a shot during a practice round prior to the 148th Open Championship held on the Dunluce Links at Royal Portrush Golf Club on July 15, 2019 in Portrush, United Kingdom. (Photo by Francois Nel/Getty Images)

Danish tour player Thorbjørn Olesen said he wants to focus on his golf after he was cleared of sexually assaulting a woman on a British Airways flight in 2019.

The 31-year-old Dane claimed he turned into an “automaton” and was not in control of his body after taking prescription-only sleeping pills bought by his partner Lauren Zafer.

Olesen was on the eight-hour flight from Nashville to London on July 29 with other professional players including Ian Poulter and Justin Rose following the World Golf Championships-FedEx St Jude Invitational in Memphis.

A jury at the trial held at Aldersgate House Nightingale court in central London was told how he had drunk beer, red wine, vodka and champagne before take-off. The five-time European Tour winner ran around the cabin ‘like a little boy’, got trapped in the toilet and became verbally abusive to cabin crew when challenged.

Witnesses said the Ryder Cup player pushed a cabin steward and kissed the cabin service director’s hand before making the sign of the cross, and nuzzled his face into a woman’s neck before grabbing her breast. Olesen then cried before falling asleep, but later got up and urinated on the seat of a fellow first-class passenger.

Giving evidence, he said he had wanted to fall straight asleep on the plane having played several big tournaments, including the Open. He said he took two melanin tablets, which he regularly used to tackle jet lag, along with two Ambien/Zolpidem pills left in his wash bag by Zafer, the mother of his child. He said he had no memory of his behaviour after being served a glass of champagne before take-off and the court was told the medication can cause side effects including amnesia, loss of coordination and sleepwalking.

His barrister, Trevor Burke QC, ran the defence of automatism, telling jurors: “His conduct was not voluntary.” Character witnesses, including his girlfriend, his parents, caddie Dominic Bott and fellow Danish tour player Lucas Bjerregaard told of their “shock” at the allegations, which were described as “totally out of character”.

Olesen, who lives in London, was acquitted on Wednesday of sexual assault, assault by beating and being drunk on an aircraft on 29 July 2019, after the jury deliberated for less than an hour following a three-day trial.

Olesen wept and hugged his partner after he was cleared and said in a statement: “I want to apologise wholeheartedly to everyone on board the flight from Memphis to London on 29 July 2019 who was affected by my behaviour. I do not remember anything that happened after take-off, but I am embarrassed and ashamed by the account of my actions that was outlined during the trial. My behaviour was completely out of character and nothing like this has ever happened to me before or since.

“My actions resulted from taking powerful sleeping pills I had not taken before and my sole intent was to ensure I managed to sleep on a transatlantic flight after an exhausting playing schedule. I have paid a very heavy price for my mistake. This case has had a devastating impact on me personally, on my family, and on my career.”

Olesen was part of the European Ryder Cup team that beat the US in 2018 and had lucrative sponsorship deals with firms including Nike, BMW, Rolex and Titleist. He was suspended and lost contracts after his arrest on landing at Heathrow airport and has struggled on the European Tour since being reinstated, plummeting from 51st to 440th in the world rankings.

Olesen said: “I have learned from my mistake and will make sure I never put myself in a similar position again. I now want to focus on my golf, free from distractions, and to repay the trust of everyone who has kept faith in me throughout this very difficult time.”