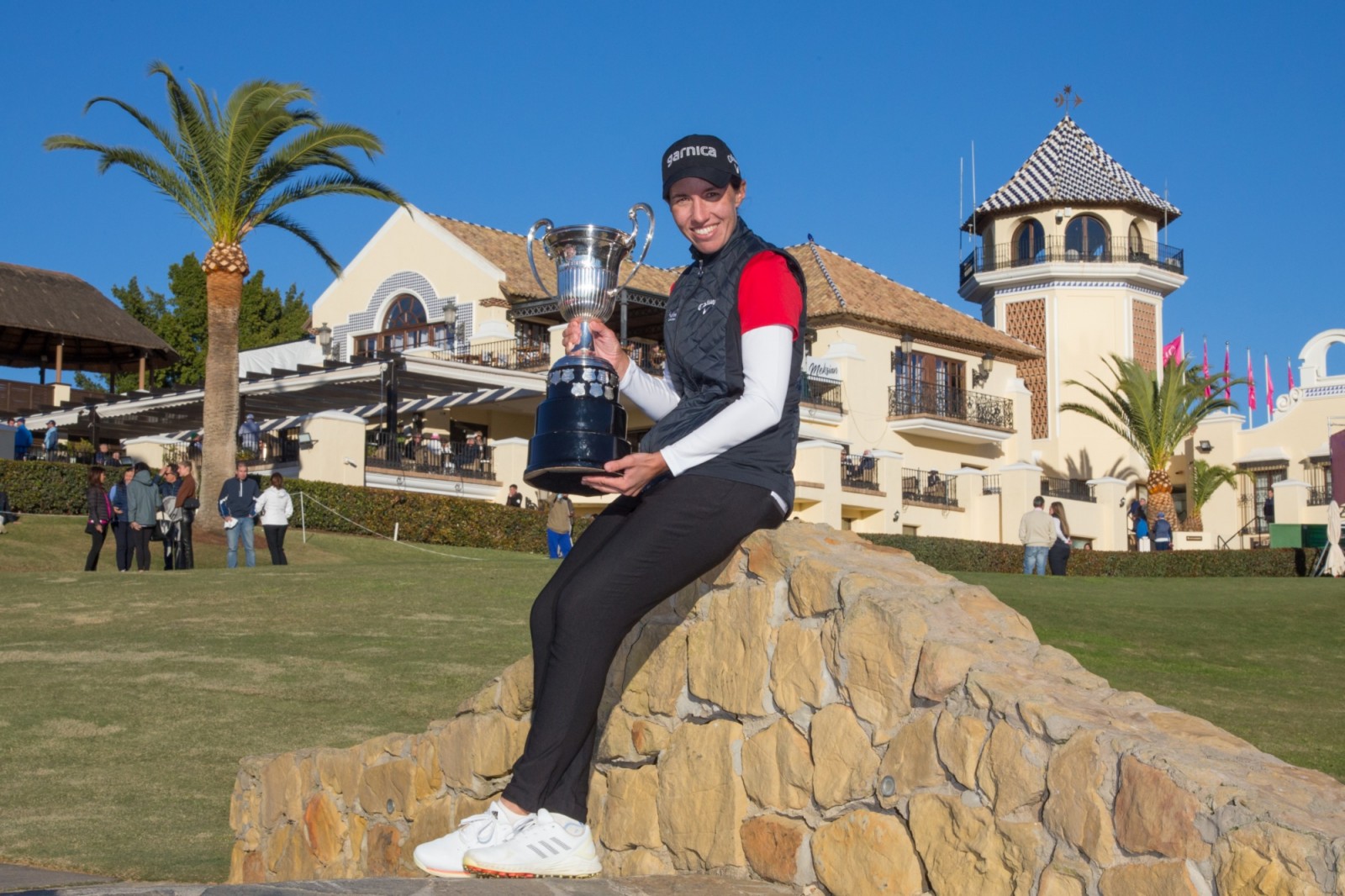 The Solheim Cup star captured the Ladies European Tour’s final tournament of the year with a 15-under-par total and in doing so became only the second Spanish woman to win the national championship.

Holding a three-shot lead coming into the final day, Ciganda raced out of the blocks with two birdies and and eagle to reach the turn in 32, and the 31-year-old remained firmly in control on the back nine, finishing with a flourish by rolling in a birdie on the 18th to win her fifth LET title and first since the Mediterranean Ladies Open in 2019.

“I’m very happy, it’s a tournament that I really wanted to win. To win your country’s tournament is something very special, so I’m happy with the way I played,” said Ciganda. “To shoot two bogey-free rounds round here is great golfing, it was quite tough in the back nine with the wind, so I was pleased with how I played all week.”

Four shots behind Ciganda in second place was Sweden’s Maja Stark who posted a final round of 66 to finish on 11-under, while 2021 Race to Costa del Sol champion Atthaya Thitikul finished third after a final round of 71.

The 18-year-old Thai began her round with a bogey, before rolling three birdies on the rest of the front nine. Another birdie on 14 put her within four shots of Ciganda but a double bogey on the 15th, where she found water off the tee, put an end to her title hopes.