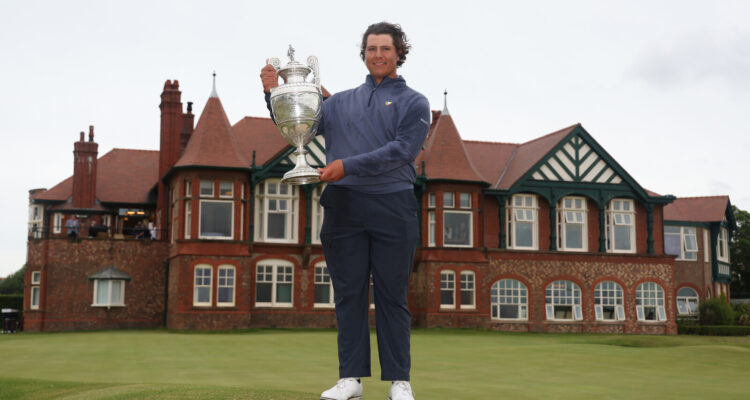 In the 36-hole final over the Lancashire links, the 17-year-old secured a nail-biting 3&2 victory over the Englishman to become the youngest winner of the championship since Matteo Manassero triumphed in 2009, aged 16.

In front of large crowds in breezy conditions, Potgieter became only the third South African to triumph after Jovan Rebula at Royal Aberdeen in 2018 and Bobby Cole at Carnoustie in 1966.

After a four-under-par 66 in the morning session gave Potgieter a seven-up lead, Bairstow, 23, mounted a superb comeback to claw back to two down with four to play. There were echoes of Laird Shepherd’s comeback from eight down at Nairn last year, but Potgieter displayed a maturity beyond his years and an exceptional short game to seal a memorable win on his first-ever visit to the UK.

Potgieter, placed 140th on the World Amateur Golf Ranking, can now look forward to competing in The 150th Open at St Andrews next month, the 2023 US Open and, by tradition, an invitation to play in the Masters. He will also be invited to play in an event on the DP World Tour.

For all the results from The 127th Amateur Championship,including the knockout and strokeplay qualifying rounds, click here.