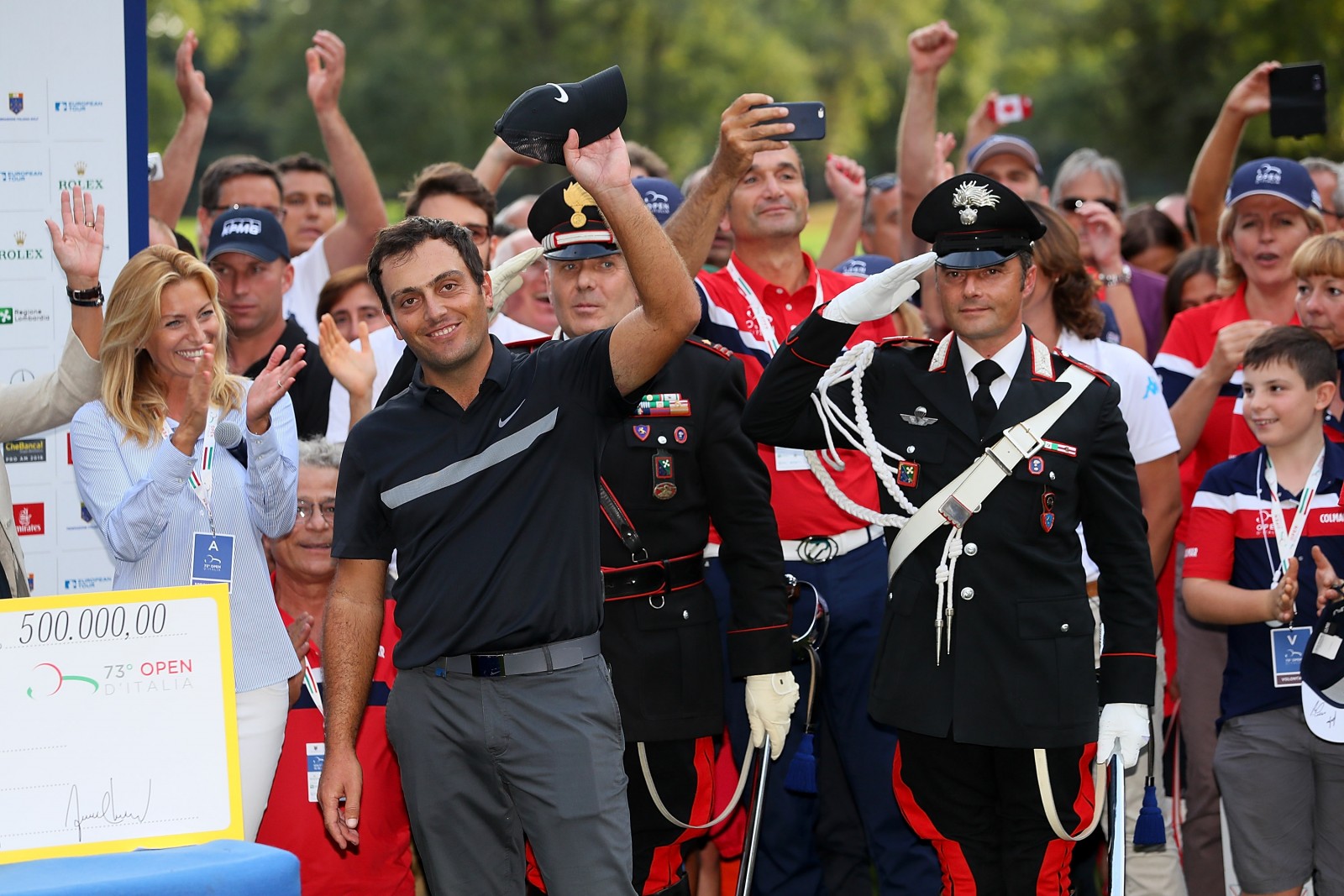 Francesco Molinari delighted the home fans in Monza as he held his nerve to clinch a dramatic one-shot victory over Danny Willett at the Italian Open.

Willett piled the pressure on the crowd favourite when he birdied the 13th and eagled the next to close to within a shot of the leader, but he was unable to better par over the last four holes, as Molinari produced a stunning save on the 72nd. 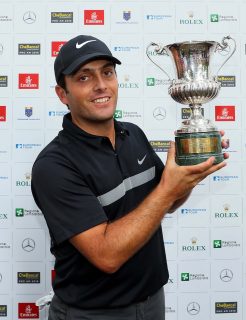 The 33-year-old blocked his final drive way right into the trees, but he managed to recover with superb long-iron onto the front of the green, before rolling in a four-foot putt to card a 65 and seal his first European Tour title in over four years.

At a rain-affected event, which saw the second round only completed on Saturday, Molinari had earlier holed from a greenside bunker to close out a third round 64, while Willett had 10 holes to complete when play was suspended due to darkness on Saturday and carded three birdies on the back nine to return a flawless 67 and tie the Italian for the lead on 16 under.

But the Masters champion soon found himself trailing by two when Molinari hit his second to 15 feet at the long opening hole and nailed the putt for birdie, and he added another from five feet at the next after Willett had holed a good putt for a three.

But the two-time Ryder Cup star faltered on the 13th when he came up short with his approach, and failed to get up and down after Willett had made his birdie, and Molinari’s lead was trimmed to one despite a birdie at the par-five next as Willett smote a stunning second to 12 feet and holed the putt for a three.

The pair traded pars over the next three holes and both missed the fairway at the last, but Molinari made light of having no direct path to the green as he produced a brilliant low fade from behind a tree, and his ball took a kindly kick to avoid the front-left bunker and bounded onto the putting surface.

Molinari lagged to four feet and looked likely to have two putts for the win, but Willett ramped up the pressure when he salvaged a par-four with a delightful putt from 15 feet to card a 66 and complete 72 holes with just a single bogey.

But Molinari was up to the task, his tricky putt dropping in the left side of the cup to earn him his second home title, 10 years after he made his European Tour breakthrough at Castello di Tolcinasco.