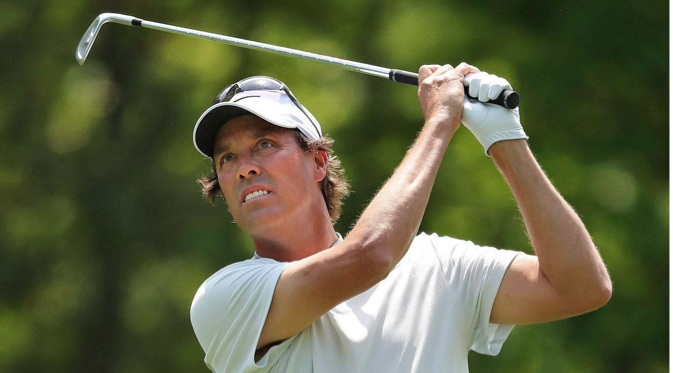 The PGA Tour Champions 2022 is ten events into the season. Although its defending champion, Stephen Ames, isn’t owning the field like he did last year – he’s still the golfing pride of Canadian PGA fans as his past successes and career history is something to be proud of.

Ames was born in Trinidad and Tobago, but the former PGA Tour standout gained his fan base from the Great White North when receiving Canadian citizenship. And although Ames was born in T&T, he’s often referred to as a Canadian national.

His passion for golf began at an early age thanks to his grandmother – a women’s champion golfer in Trinidad and Tobago. In addition, encouragement in his passion for golfing stemmed from his father, making his first appearance in the Herman Cup at the tender age of 16-years-old.

The talent of Ames at a young age was undeniable, and this resulted in a golf scholarship to Boca Raton in the United States of America. The professional golfing scene arrived in 1997, but he failed to place on the PGA Tour for two years. However, he still caught a glimpse of success by winning the Pensacola Open in 1991 – previously known as the Ben Hogan Tour.

In 1992, Ames qualified for the European Tour, and his career was then spent playing on that tour for the next five years. It wasn’t the highlight reel of performances during his time in Europe, but he still managed to claim the Open V33 Grand Lyon in France (1994) and the Benson & Hedges International Open in England (1996).

Still classified as an up-and-coming prospect, Ames started attending regular PGA Tours in 1998, but his achievements remained limited. And then, in 2004, behind a wealth of professional experience, he won his first-ever tour at the Cialis Western Open. This win broke Ames into the top 20 golf World Rankings for the first time during his career.

One of the most memorable moments of Ames’ career was his loss to Tiger Woods during the 2006 WGC-Accenture Match Play Championship. He bounced back in style after this defeat by winning the Players Championship. And then, in 2009, Ames collected the fourth PGA tour trophy at the Children’s Miracle Network Classic.

From his international golfing achievements, Ames was presented with the Cahokia Medal (Gold), the second-highest honour in his home country. And to show his love for Trinidad & Tobago and Canada, he hosts the Stephen Ames Cup – a competition directly for CJGA Canada and Team Trinidad & Tobago.

Ames retired from the PGA Tour in 2014, and in that same year, he was inducted into the Canadian Golf Hall of Fame, with comfortable career earnings of more than $14 million.

A passion for golf simply doesn’t evaporate, and in 2017, Ames won his first PGA Tour Champions event, subsequently becoming the third Canadian in golfing history to win on the tour.

Canadian golf fans still support Ames in 2022, but avid bettors should be cautious in backing their compatriots at recently legalized online sportsbooks in Ontario. Ames claimed his second PGA Tour Champions title at the Principal Charity Classic last year, but his 2022 tenure in the competition has been lacklustre.

Ontario sports betting apps will offer tempting odds on the 2022 Champions Tour for Canada’s veteran pro, and it would be wise to keep an eye on the 57-year-old as he’s currently ranked 7th and 11th in the overall tour standings.

Don’t be surprised if Stephen Ames collects another Champions Tour trophy in 2022, and don’t tell me I didn’t signal at the chance of cashing in some tempting betting odds with significant value.

The climate of Canadian talent on the PGA Tour isn’t noteworthy right now, but Ames can still be found competing at the Champions Tour and could be for many years to come.