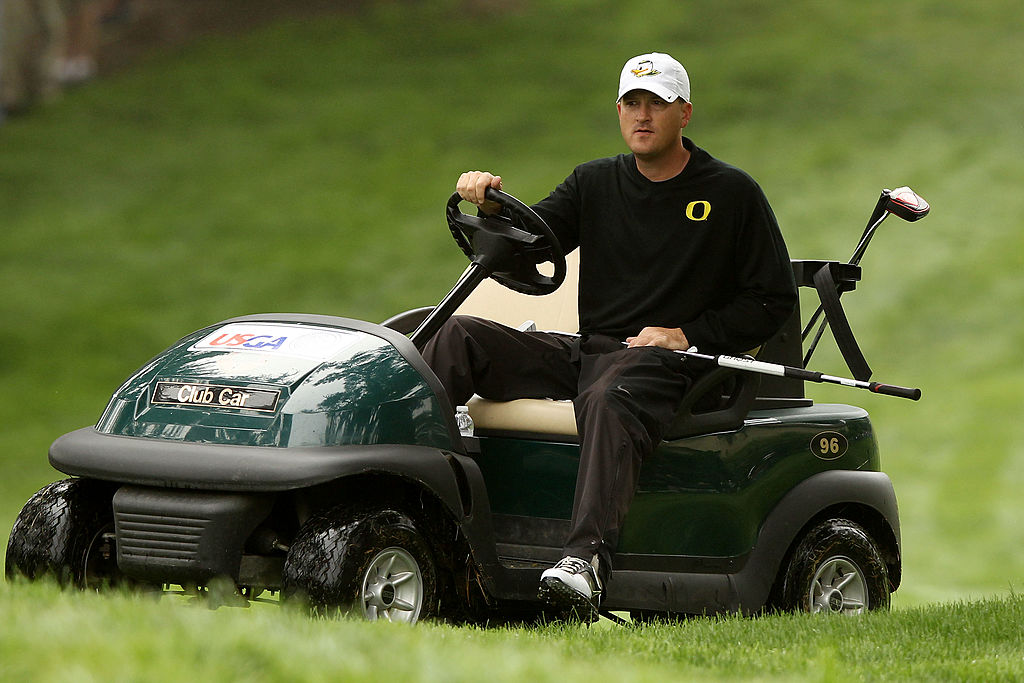 SAN FRANCISCO, CA - JUNE 13: Casey Martin of the United States drives a golf cart during a practice round prior to the start of the 112th U.S. Open at The Olympic Club on June 13, 2012 in San Francisco, California. (Photo by Ezra Shaw/Getty Images)

Former PGA Tour player Casey Martin, who made golfing headlines back in 2000 when he successfully sued the PGA Tour for the right to use a golf buggy to play in professional tournaments, has had his right leg amputated.

Martin, 49, has suffered from a circulatory disorder called Klippel-Trenaunay-Weber Syndrome since birth which makes walking difficult. He broke his leg in an accident outside his home two years ago, but the injury failed to heal properly, leading to the need for the amputation, which was just above the knee.

Martin is currently Oregon State’s men’s coach, and role he has held since 2006, but he will take an absence of leave while he recovers from the operation.

Martin famously sued the PGA Tour – and won – for the right to use a cart because of his disability, a case that made its way to the Supreme Court.

“I’ve lived with this fear all my life that if I break it, I’m probably going to lose it,” said Martin, who was on the same golf team as Tiger Woods at Stanford University and won his PGA Tour card at the end of the 1999 season. “In many ways I’ve exceeded what my doctors told me as a kid. I always felt this would be my destiny, so while it’s weird to be at this point, it’s not unexpected.”