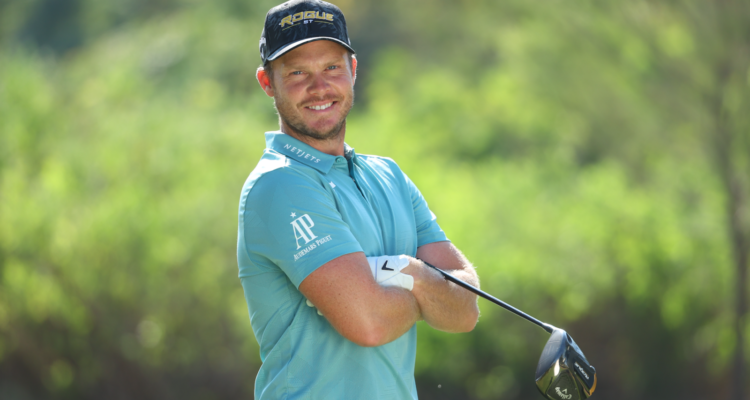 DANNY WILLETT: “There’s not a day that goes by when I don’t think about winning the Masters”

Six years after his stunning victory at Augusta, Danny Willett is bidding to get his game back into top gear as he returns to the scene of his finest hour and embarks on his 14th season on tour

As he heads off to the airport to travel to Augusta next month, there must be a moment when Danny Willet has to pinch himself that he is a member of exalted group of 90 players who have earned the right to call themselves a ‘Masters champion’.

But whatever else the 34-year-old Yorkshireman is able to achieve in the rest of his career, nothing, perhaps baring a victory in the Open Championship at St Andrews next month, will come close to the elation, and the global recognition, that comes with bagging that cherished title.

“There’s not a day that goes by when I don’t think about winning the Masters,” he says. “I can remember almost every shot I hit, and I remember how I felt at each point throughout the week. It’s amazing how you get the same feelings on weeks when you win or do well. Clearly it’s not easy to replicate that feeling, but that week in April was unforgettable to say the least.”

Willett, while acknowledging that the win in Georgia back in 2016 changed his life for ever, is also mindful that it signalled the beginning of what has been a very frustrating period of what, by any standards, has been an extremely successful career which began on a council-run course in Sheffield and has so far yielded a major title, seven European Tour wins and almost €20m in prize money.

By his own admission, winning the Masters was both the pinnacle of his career and a curse. While he had achieved his childhood dream, the many lucrative and high profile opportunities which subsequently came his way pushed his already fragile back to breaking point.

“I was on painkillers when I won the Masters,” he reveals. “Back then it was becoming an issue, but not a huge issue. And then I played and travelled a lot more than I’d planned. I went and played in America, Asia, and my body didn’t cope great with it. In the back of my mind I constantly knew that there was an underlying problem, and any moment it could spring up and hinder my performance. So I was competing and almost waiting for something bad to happen, instead of being completely clear of thoughts, and just actually enjoying the game.”

As the pain worsened, so did the results. Over the course of the next two seasons his world ranking dropped from a high of nine to something in the highs 400s, and there were times, Willett says, when he was almost too ashamed to show up for tournaments.

“I got to a point where I was feeling like there was almost no point actually playing, because I wasn’t gonna play any good,” he recalls. “I wasn’t living to up to the stature I’d created for myself. It’s embarrassing when you pitch up at golf events and people are expecting you to play pretty well, you’re a Masters champion, and you don’t perform. I was just taking spots and making numbers, which is never a good thing if you’re trying to be a professional golfer.”

Eventually, Willett took drastic steps. He split with his long-time coach and caddy, both of whom had been with him since he started out on the tour, and turned to Canadian golf instructor Sean Foley. Over the course of the next 18 months the pair slowly rebuilt Willett’s golf swing to reduce the strain on his back.

“I kind of rebuilt the whole team to focus entirely on working on the movement patterns of the golf swing,” he says. “It took a long, long time to sift through all the underlying areas that were causing problems, which meant it took the best part of two months before I was fully pain free again. It’s only been over the last two seasons that I’ve actually been able to focus on performance again. The scores haven’t always been that great, but just being pain-free means I can see that I’m going in the right direction.”

While his physical health has slowly improved over time, Willett says it wasn’t always easy to watch his ranking plummeting. By the time it had dipped into the 400s, he simply tried to see the funny side.

“There were times I’d look at it and you’d just have to giggle because you know the player that you can be,” he says. “But it got to a stage where it was so poor that there was no point really paying attention to it. It’s how the rankings work. It’s easy to drop a long way down when all your points come off from when you were playing well, but it’s also easy to jump up pretty quickly. Lee Westwood fell all the way down and then came back to no 1; Henrik Stenson has had a couple of topples in his career and came back, Sergio [Garcia] the same. And, of course, Tiger fell all the way down and came back up to the top, before he got injured again.”

Woods’ remarkable rise back in 2018 proved a source of inspiration for Willett. And just like Woods, Willett slowly began to mount something of a comeback. At the end of the 2018 season he won the DP World Tour Championship in Dubai to break back into the world’s top 100, and the following year he won the BMW PGA Championship at Wentworth, beating Jon Rahm by three shots, to further remind himself, and the world, that he wasn’t quite ready to wave the white flag.

The last two seasons, both of which were disrupted by Covid – which he also caught himself – have yielded some inconsistent results, but Willett rounded out the 2021 season with a confidence-boosting win at the Dunhill Links Championship in St Andrews, the eighth of his 14-year career on the European Tour.

“I know that my results have been a bit mixed in recent seasons, but I moved out to America full-time with the family in 2018, and it’s taken some time to find my feet on the PGA Tour. It was a bit of a learning phase, trying to find which courses I liked, how to go about things, but the wins, although achieved in Europe, have underlined that when things click, I still have the game to compete, and more importantly, to win.” 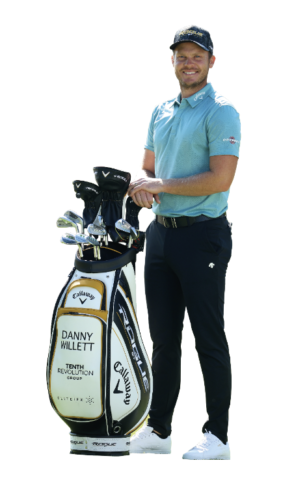 Willett describes himself as being on a clearer path these days which has helped him with the mental side of the game. In the past he’s often referred to a battle with ‘inner noise’ while out on the golf course, and he says that at times during past season he was hitting shots whilst inwardly questioning whether he would ever play again.

“It’s a strange old game when you’re not playing well,” he says. “Everything seems to be against you. You get the bad breaks, and everything that could go wrong, goes wrong. And in the past when I wasn’t playing very good, I’d find myself asking questions like, ‘How good are you ever gonna be?’, ‘Are you going to give up?’ But being technically better has allowed me to think so much clearer out there.

“For me, the mental side of golf is a chicken and egg thing. If I’m playing great, then there’s no reason why I should be in a bad place. While if I’m struggling with my game, then the psychology part is a pretty tricky one, because you end up asking yourself a lot of questions that you don’t really know the answers to. And that’s when it gets hard to actually concentrate on the game, because there’s so many other things going on in there!”

But having gone through such a tough period, Willett now feels he’s a lot more resilient through the bad patches, as he attempts to make his way back up to the top 100 and beyond.

“Before, everything was based around me playing good golf, but

now I’ve come to realise that if I hit a couple of bad shots, it’s not the end of the world,” he says. “Everyone hits bad shots. If you’re relying so heavily on results to keep you happier on a golf course, that’s a pretty vulnerable place to be. Now I just feel that if I keep doing the right things, inevitably something good will come of it.”

Can Willett avoid being a permanent one-hit wonder, and add to his tally of major titles? While he dreams of once again being in contention down the final straight, for now he’s simply enjoying the thrill of competing pain-free.

“I’ve not really got any long term goals,” he says. “Out of all the sports, I think this is one of the most difficult, because you can’t control what other people are doing, what the weather’s doing, so I think career goals is a completely pointless aspect.

“But it’s a big difference to be able to play without pain again, and know that what you’re working on has helped you to get that way. I was 29 when me and Foles got together, and I wasn’t sure how long my career was gonna be. But now my body’s in good shape, I’ve got maybe another 10 years, which is a pretty long time. That’s the main thing really, this is my 14th year of being a professional, and I want my career to be as long as it possibly can and as good as it possibly can.”

Asked whether a return to St Andrews for this year’s Open Championship, scene of two of his European Tour wins, might bring about a second major title, Willett remains cautious, but upbeat.

“I played alongside Zach Johnson the year that he won in 2015, and I finished sixth. I like the golf course and I enjoy the set up for the Open. It’s an interesting golf course. It gives you ways out. If you are nervous, you aim down the left on any hole you want. If you’re out of position a little bit too much, you can’t get to a few of the flags. But, as I said, I like the course and I’ve had some good experiences around there, so it will be interesting to give it a shot.”

In the meantime, Willett has the small matter of preparing for a return to the Masters, in what will be his eighth appearance at the season’s first major. The tournament has not been kind to him since his win with four missed cuts from five attempts, although a tied 25th in 2020, gave him a lift.

After that, Willett will be back on hosting duties at the British Masters at The Belfry in May, a role he enjoyed last year when it was also hosted at the iconic Midlands venue. Being a proud Englishman, it’s a tournament he would dearly love to win, but it’s a feat that has so far proved elusive to its hosts, with Ian Poulter, Luke Donald, Lee Westwood, Justin Rose and Tommy Fleetwood all unable to present themselves with the trophy.

“I can see why others haven’t performed well on the course when they’ve hosted,” says Willett. “You want to try and play well and put a good performance in, but you also want to make sure the week goes as planned for other people as well as yourself, so it’s a tricky one. I can see why guys have struggled in the past, but fingers crossed I can change that and have a nice week.”

We’ve all got them crossed, Danny.