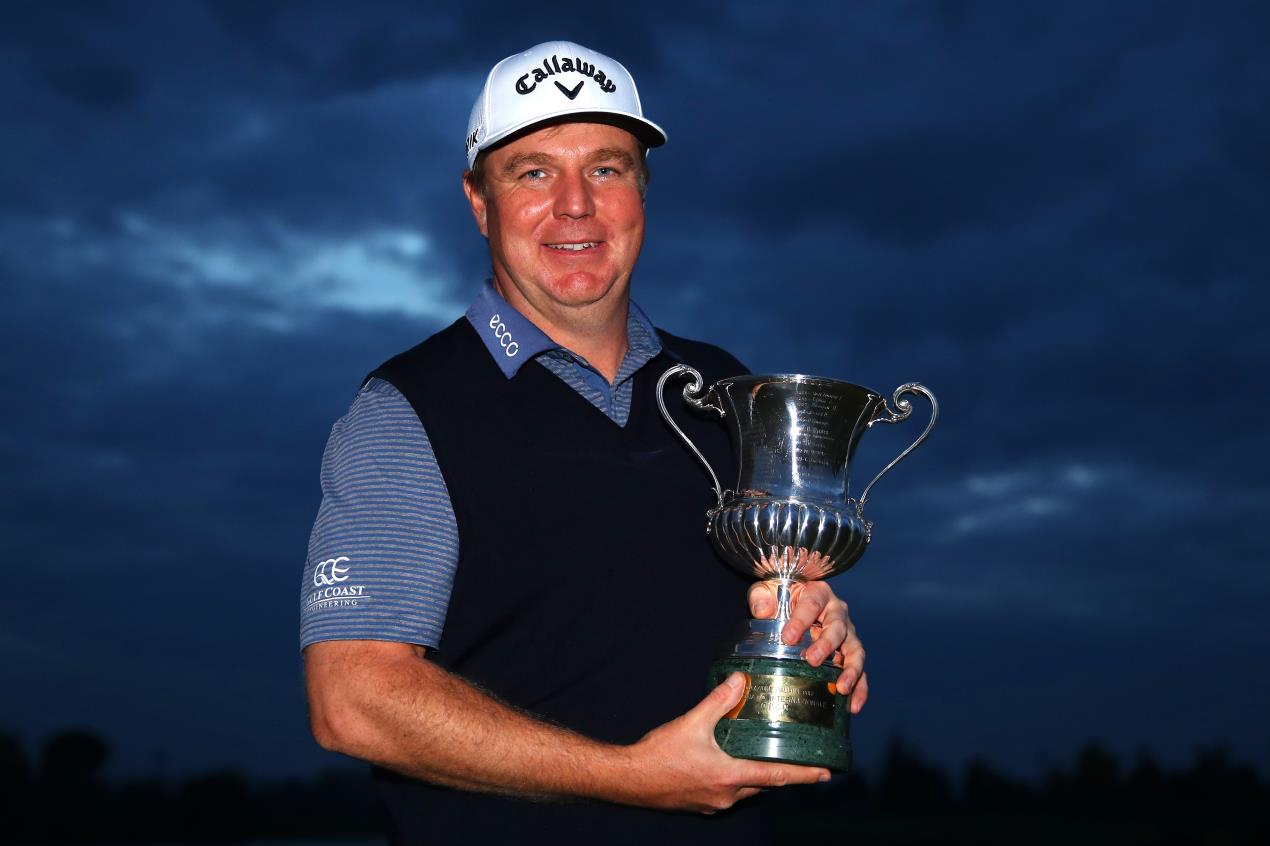 Ross is the boss at Italian Open!

The 38-year-old from Banstead Downs, who was ranked 560th in the world at the start of the tournament, struggled to find the fairway for much of the week, but holed a plethora of long-range putts to keep him in the mix.

And he had his putter to thank again on the final day, which he started in a share of the lead with fellow Englishman Laurie Canter on 19-under par.

After a see-saw front nine, which included a double-bogey and an eagle in consecutive holes, McGowan’s chance looked to have gone at the long par-three 14th, where he found the water with his tee shot to leave him one over par for the day. But a superb up-and-down from the drop zone kept him in the title hunt and birdies at the 16th, where he holed out from a greenside bunker, and a 20-foot birdie at the last earned him a one-under 71 and a 20-under par winning total – his first European Tour title since the 2009 Madrid Masters.

His playing partner Canter, who opened the tournament with a 12-under-par 60, had the chance to force a play-off with a birdie putt of his own just after McGowan’s, but the 30-year-old was left to rue missing out on his chance of a maiden title as he signed for a 72 to finish one back. Nicolas Colsaerts joined Canter in a share of second spot after the Belgian’s birdie at the par five closing hole earned him a four under 68, and his best finish of the season.

McGowan, who earned a €160,650 first prize and a two-year exemption on the European Tour, said: “My head is going full blast at the moment. Obviously I’m very happy to have won, but not particularly happy with the way I played. But I got the ball in the hole, which in the past has been my nemesis, so it was nice to be able to do that this week. The putter has been good all week, so I felt like if I put it to six or eight foot at 18 I had a good chance of making birdie. To be honest, I wasn’t thinking about anything over that putt. I just looked at the hole, it was left edge, and obviously the rest is history.

He added: “I felt like the course didn’t suit me that much, it was quite long and I was hitting four- or five-iron into most of the par fours, and even the odd 5-wood. Quite a few of the longer hitters were hitting seven- or eight-irons in, so it was really a good week to make a lot of putts. I didn’t really foresee this kind of result, as my form hasn’t been great of late. But I felt like I was playing better, definitely around the greens. I want to say thank you to Callaway for all their support over the last ten years or so. I think I’m going to have to go now and have a nice big glass of red wine and think about what’s next.”