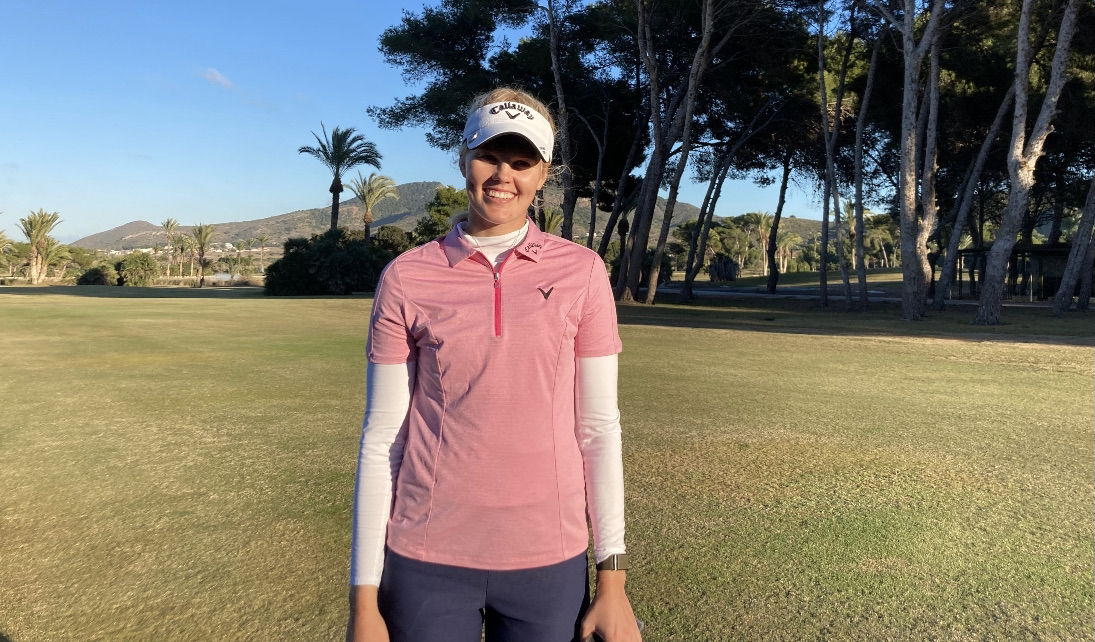 Sweden’s Lisa Pettersson won the Pre-Qualifying event at the 2022 Ladies European Tour Q-School with a nine-under-par total over found rounds at La Manga Club in Spain.

The 26-year-old produced rounds of 67, 70, 69 and 73 to finish one shot ahead of Nigeria’s Georgia Iziemgbe Oboh and move serenely through to final qualifying tournament, which begins later this week at the same venue.

Pettersson began her final day on the South Course with a bogey at the second hole but bounced back with birdies on the fourth and 11th. A double bogey on the 12th saw the Swede’s lead at the top reduce, but a birdie on the last meant she secured the win by the minimum margin.

“I didn’t really play my best today, but I’m very happy with even par. I was a little tired and I just didn’t really have the same ball-striking, as I had the last three days,” said Pettersson.  “I was a little bit further from the pin and not that many birdie chances. I played solid overall and saved my mistakes pretty good.”

With one week down, Pettersson heads into the Final Stage with a confidence boost and is hoping to rest over the coming days. She added: “It is mentally tough for sure and obviously I went for the win, but you just have to remember it doesn’t matter if you finish first or 75th – it is about making it through and that’s what I did. Now I’m going to recharge my batteries and hopefully play the same next week.”

In second place on eight-under-par was Nigeria’s Oboh who carded the round of the day, a bogey-free 66 on the North Course. “The conditions today were great today as it was sunny and there wasn’t a lot of wind. It is always great to be bogey-free,” said Oboh. “It has all been coming together to be honest. I didn’t do anything that special today, but again I think I played smart and took advantage of holes when I could and made a few good putts. I have been getting used to the courses this year and the conditions. Everything has fallen into place today and it was my LET career-best score and I’m grateful that I was able to pull it off.”

Northern Ireland’s Olivia Mehaffey finished in third place on six-under after a final round of 71 on the North Course. The 24-year-old said: “It has been good. I had six weeks off before this, so it has been a nice way to ease in before next week and I’m pretty happy. I hit a lot of greens. There are few things I want to work on before next week, but it was really fun to learn both courses and get back into competitive golf again.”

The cut fell at +12, with exactly 75 players, including 13 amateurs, making it through to Final Stage, which takes place between December 16-20.