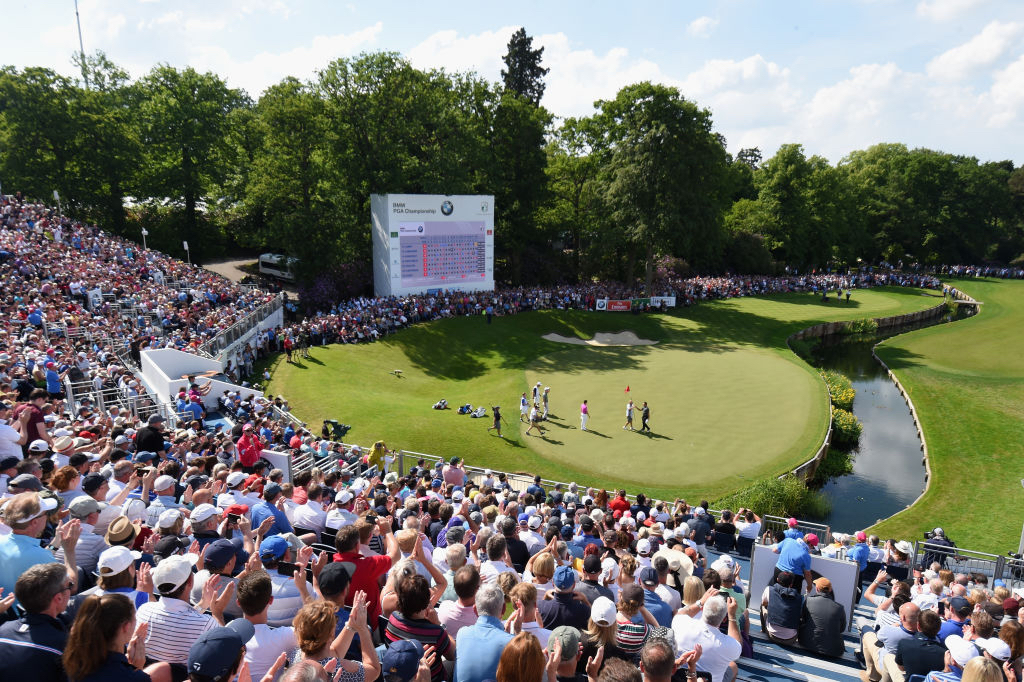 20 April 2022
Billy Horschel is to defend the BMW PGA Championship title he won in 2021 when the American is joined by fellow former champions Tyrrell Hatton and Danny Willett at Wentworth Club from September 8-11.
Horschel soared to a maiden Rolex Series title last year when he birdied the famous 18th hole at Wentworth’s West Course to clinch a one-stroke victory.
Horschel, who had previously spoken of watching the BMW PGA Championship on television as a child when growing up in Florida, was a popular winner among the British fans and the 35-year-old is sure to receive a hero’s welcome when he returns to defend his crown.

Having become just the second American winner of the prestigious event, after Arnold Palmer in 1975, Horschel would be the first non-British player to successfully defend the title should he emerge victorious this September. The only players to have done so are Luke Donald (2011-2012), Colin Montgomerie (1998-1999-2000) and Sir Nick Faldo (1980-1981).

“I cannot wait to return to defend my BMW PGA Championship title at Wentworth,” said Horschel, who eventually finished second to fellow American Collin Morikawa in the 2021 Rankings. “It is a tournament which has always been close to my heart, so to win the way that I did, in front of the supportive crowds, was incredible.

“It will be so much fun stepping onto that first tee and being announced as the defending champion, and I have a really strong record at Wentworth so hopefully I can bring my A-game once again and put up a strong title defence.”

Horschel will be joined in the field by Hatton and Willett, meaning all of the last three champions will tee it up at Wentworth, Hatton having claimed the 2020 title while Willett won in 2019.

Two years ago, Hatton realised a boyhood dream when he sealed a four-stroke victory over Frenchman Victor Perez – his third of four Rolex Series victories to date – and the Englishman is looking forward to returning to the Surrey venue, which is less than 30 miles from where he grew up.

“The BMW PGA Championship is always one of my favourite weeks of the year,” said the two-time Ryder Cup player. “It’s an event I regularly attended as a kid and one of those ones I always dreamed of just playing in, never mind winning. The event seems to just get bigger and bigger every year and the crowds are always really supportive. I also get to play in front of family and friends which is pretty special. It should be another great event.”

“My win in 2019 at the BMW PGA Championship was a really special moment in my career,” said the Englishman. “To win such a massive title in front of my whole family was pretty cool, and it’s always one of the first tournaments on my schedule when I’m planning out my season. The fans always make it an incredible atmosphere at Wentworth and give me a great reception so I’m looking forward to another fun week in September.”

Every year, the BMW PGA Championship attracts more than 100,000 spectators for what is one of the highlights of the British sporting summer, with its mix of world-class golf, live entertainment from internationally-renowned music acts and an unrivalled atmosphere in the vibrant Spectator Village.

The action begins with the Tuesday Practice Day, before the star-studded Celebrity Pro-Am brings together global celebrity superstars and some of golf’s most famous players in a fun-filled curtain raiser to the main event, the BMW PGA Championship, which tees off on Thursday September 8 and runs through to Sunday September 11.

Complimentary tickets for those aged 12 years and under are available upon purchase of an Adult ticket. Tickets can be purchased here.