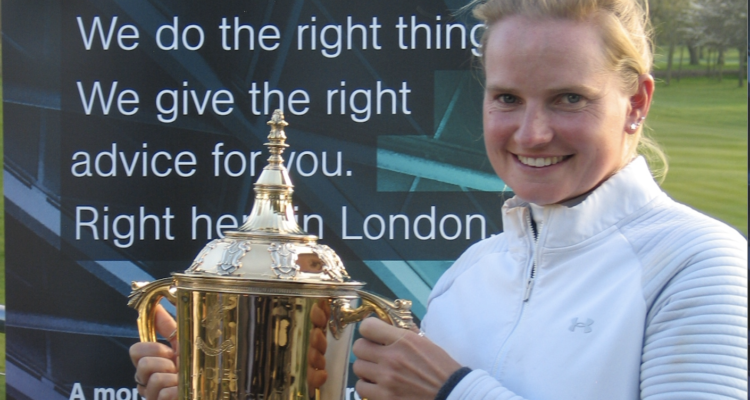 Davies, from Ferndown Golf Club in Dorset, made the most of the perfect playing conditions at Roehampton’s superb parkland course to fire rounds of 68 and 69 for a seven-under-par winning total of 137.

Davies had to share the title with Surrey’s Inci Mehmet when she was joint-winner of the title back in 2018, but she was a class apart in this year’s renewal, finishing six shots clear of fellow professional Emily Slater, who was the only other player to finish under par. Third place went to Sarah Gee on level par, with Gemma Clews bagging fourth on one over.

There were 32 amateurs in the 50-strong field, with 15-year-old Matilde Santilli from Foxhills, who is a member of the England South Regional team, finishing as the leading amateur in fifth place, with superb rounds of 74 and 72. Alice Webb from Parkstone was the next best amateur in eighth place on four over.

Bedfordshire’s Luca Thompson won the Gold Rose Trophy for achieving the best highest finishes in the Hampshire Rose, which she won last week at North Hants, and the Roehampton Gold Cup, where she finished 10th with a score of +5. She was presented with the Gold Rose Trophy which was donated by North Hants member and global golfing star Justin Rose.