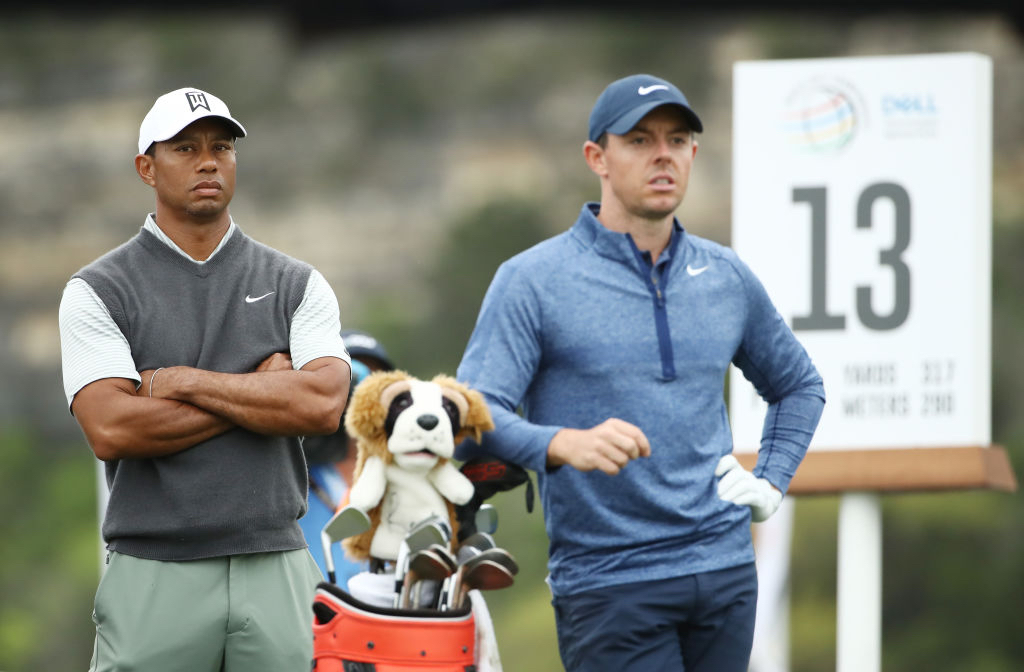 AUSTIN, TEXAS - MARCH 30: Tiger Woods of the United States and Rory McIlroy of Northern Ireland stand on the 13th tee during the fourth round of the World Golf Championships-Dell Technologies Match Play at Austin Country Club on March 30, 2019 in Austin, Texas. (Photo by Ezra Shaw/Getty Images)

Tiger Woods and Rory McIlroy have both turned down the opportunity to play in next month’s Saudi International tournament despite the offer of sizeable appearance fees.

The event, which was introduced to the European Tour’s schedule last season, has attracted a strong field, with Dustin Johnson, Brooks Koepka, Shane Lowry, Henrik Stenson, Patrick Reed, Sergio Garcia, Tony Finau and Phil Mickelson all choosing to take part in the tournament, which is being held at Royal Greens Country Club in King Abdullah Economic City from Jan 31-Feb 3.

Woods reportedly turned down a fee of $3m, while McIlroy’s offer was understood to be $2.5m.

Earlier this week, Mickelson came in for criticism for having decided to play in the tournament, with many citing Saudi Arabia’s poor human rights record as a reason for boycotting the event.

Mickelson responded by Tweeting: “After turning down opportunities to go to the Middle East for many years, I’m excited to go play and see a place in the world I’ve never been. I understand those who are upset or disappointed. You’ll be ok. I’m excited to experience this for the first time.”

When similarly questioned as to why he had decided not to play in Saudi, Woods said: “I just don’t want to go over there. It’s a long way.”