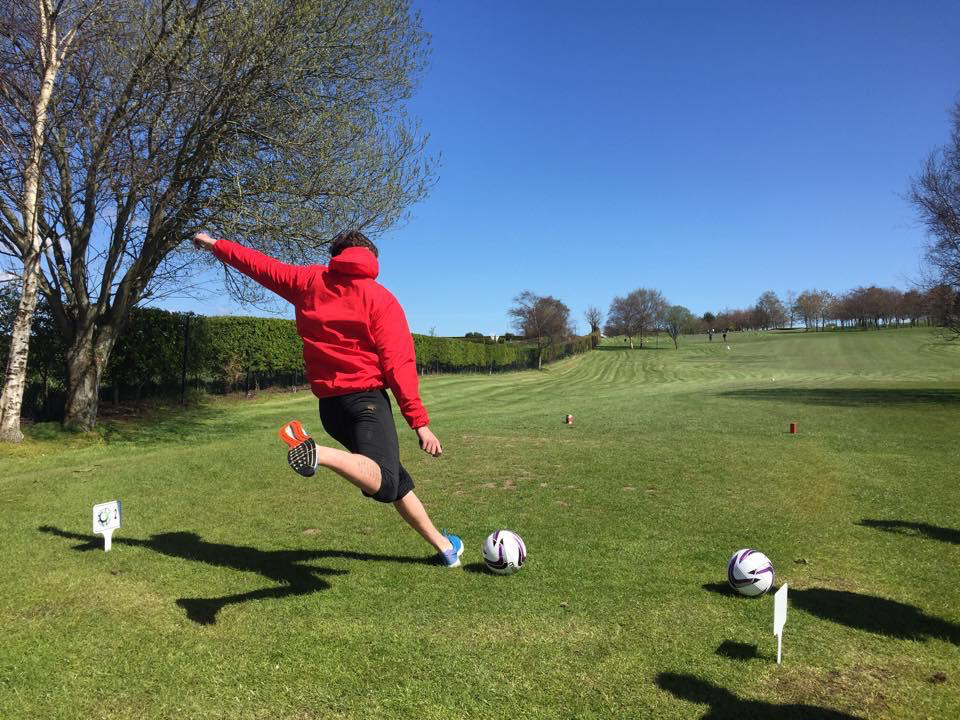 It’s been ten years since Footgolf first arrived on the scene in the UK. At the time, the idea of footballs being kicked about on a golf course didn’t sit right with many golfers, many of whom were worried that hordes of screaming kids and jean-clad youths would be swarming all over their golf course, damaging the turf and causing general annoyance.

While these fears were largely unfounded, the potential for a clash of cultures definitely existed at clubs where the facilities were shared or switched between the two at different hours of the day. This is why some venues, like Aintree Golf Centre at Aintree Racecourse decided to operate standalone Footgolf facilities, building a Footgolf facility from scratch in order to meet demand. The home of the most famous horse race in the world is getting ready for the event in April, Grand National bet online  is welcoming punters, while golfers and footgolfers can enjoy each their own spaces.

Several golf centres chose that solution and most of them attracted a much larger public interest than they did from golf and the extra revenue proved extremely valuable, especially in the winter months. Today there are more than 250 registered Footgolf courses in the UK, with over 100,000 players.

Footgolf’s competitive roots can be traced back to the Netherlands in 2008, when

Dutchman Michael Jansen, organized a match after being inspired by friend and former professional footballer, Willem Korsten, who used to train with his teammates by kicking a football from the training pitch back to the changing rooms in as few as kicks as possible. And that was it, once transferred to a golf course the new sport of Footgolf was born, with players using a regulation size 5 football to try and kick the ball into a 52cm holes in as few ‘shots’ as possible.

Why is quite common for a traditional golf club to also have an additional Footgolf courses, only a handful of clubs morphed into Footgolf-only venues. One of them was Grimsby Golf & Footgolf Centre, which did so in 2016. While also operating a driving range, switching from golf to Footgolf brought an instant upturn in visitors, three times that which played traditional golf. Owner Colin Jenkins was delighted with the response. “Footgolf is extremely popular and brings a completely new audience to golf centres,” he said. “Golf needs to be more ‘rock n’ roll’, and this louder and more accessible hybrid of golf and football is generating real revenues for facilities that need and want to find new customers.”

Gareth May, head of UK development at UK FootGolf, revealed that golf courses that had been operating Footgolf for 12 months or more reported increases in golf club memberships. These were first-time visitors who came to play the new game, and thus found motivation to play golf too.

In the meanwhile, the UK has produced its very own Footgolf champion, Ben Clarke, winner of three consecutive FootGolf World Tour titles. Clarke beat over 3,698 competitors to the title in Argentina in December and is now targeting the 2020 Footgolf World Cup in Japan