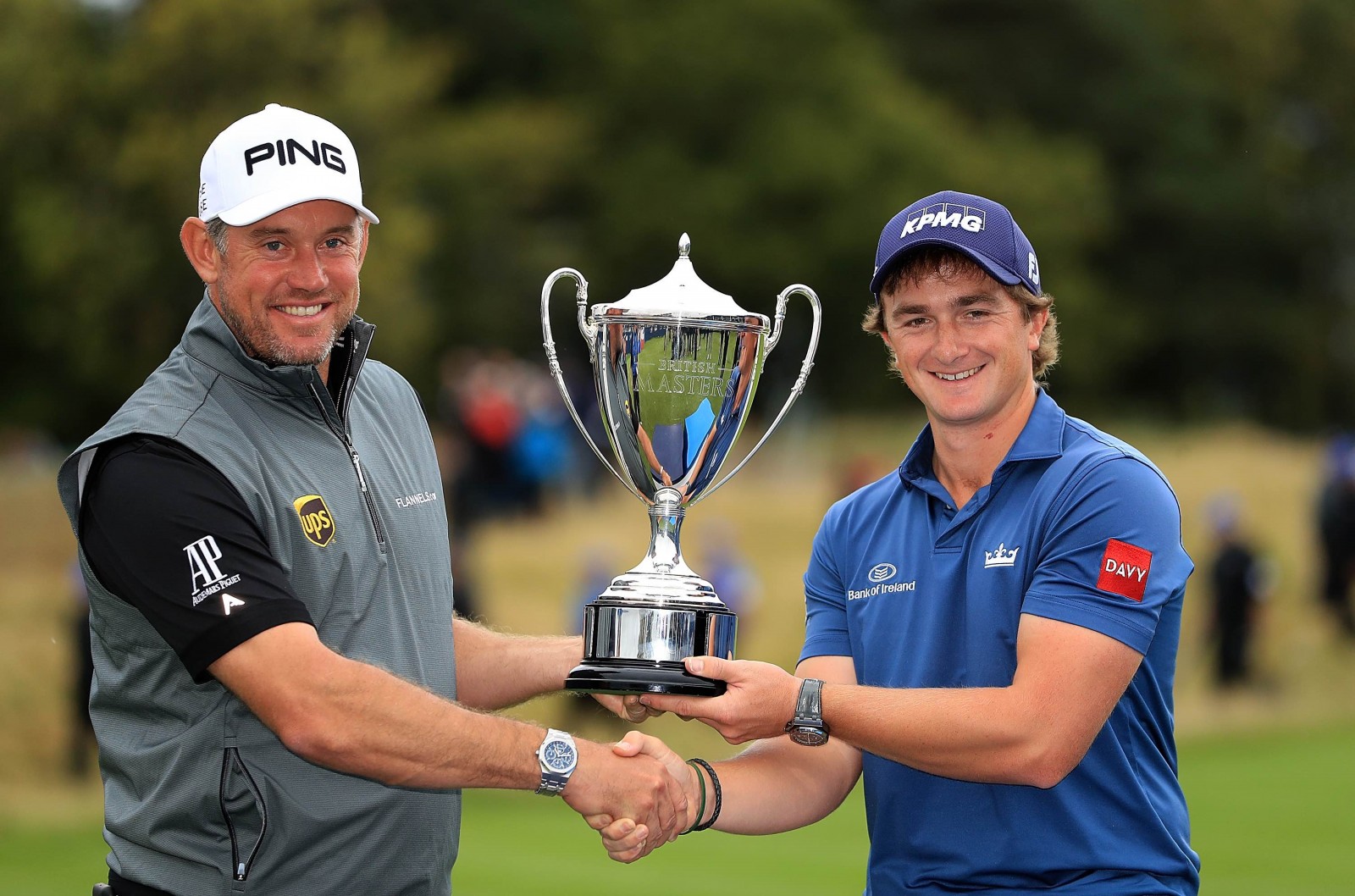 Ireland’s Paul Dunne produced a spectacular finish to hold off the late charging Rory McIlroy, chipping in on the 72nd hole to win his maiden European Tour title by three shots in the British Masters supported by Sky Sports at Close House.

McIlroy piled the pressure on the 24 year old with five birdies in seven holes on the back nine to set the clubhouse target of 17 under par, adding a closing 63 to his third round 64. But it was to be Dunne’s day, as he fired a stunning nine under par final round of 61, which included an eagle three on the sixth hole, and a remarkable birdie on the 11th, when his ball hit a greenside sprinkler head and rolled to three foot from the pin.

If that provided some entertainment for the crowd of 14, 611, Dunne’s finish was even better, when he found the greenside rough on the 18th, needing to avoid double bogey in order to secure victory. With McIlroy watching on from the recording area, Dunne then holed his chip for a brilliant birdie to cap a stunning closing 61, and finish three shots clear on 20 under par.

That capped a day to remember for Dunne, who shot to prominence in the 2015 Open at St Andrews, when he lead going into the final round as an amateur, and underlined his subsequent progress since turning professional, after narrowly missing out on a first title earlier this year when he lost in a play-off to Edoardo Molinari in the Trophee Hassan II.

McIlroy’s second runner-up finish of 2017 provided a timely boost ahead of his final appearance of the year in next week’s Alfred Dunhill Links Championship, while 48-year-old Robert Karlsson finished third on 16 under par with a closing 66.

Tournament host Lee Westwood rounded off his week with a 69 to finish on ten under par and in a share of 15th position.

Dunne said: “I feel like I’ve played pretty consistently all year, and I’ve given myself a few chances on Sunday to contend and haven’t really been able to put the foot down. That was my focus today, to get off to a hot start, and once I got my nose in front to just keep pushing. It obviously gives me a huge sense of satisfaction to know that I can beat players of this calibre.”

McIlroy, who is taking the rest of the year off after next week’s tournament in St Andrews, said: “It was just nice to have a chance to win a tournament. I think that was the big thing. The more chances I have like that, the better I seem to play. Mentally, I’m just a little more engaged and switched on. I did everything that I wanted to do. It just wasn’t good enough in the end today. For Paul to shoot 61 to win his first tour event is incredibly impressive. I’m happy for him. He works hard on his game. Every time I’m out practicing or on the putting green, the chipping green, he’s always there and he’s always working hard. So it’s very well deserved.”