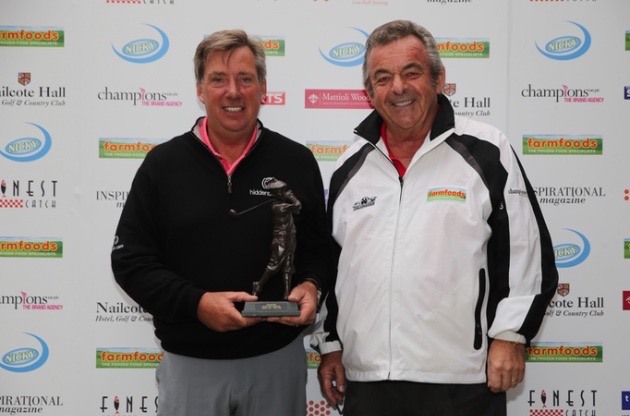 Former European Tour star Barry Lane defied his lack of experience in the shortened format of the game to win the Farmfoods British Par 3 Championship at the first time of asking. 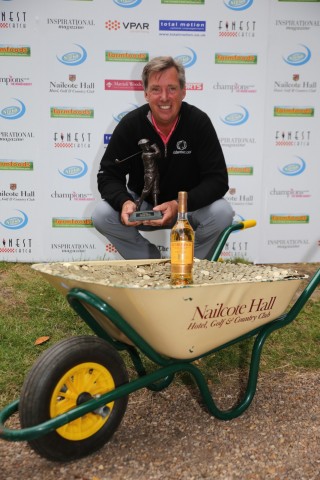 The 55 year old from Oxfordshire, who plays on the European Seniors Tour, was invited to take part in the annual event at Nailcote Hall some 17 years ago, but only this year found the time to make the trip up to Warwickshire to take part in the tournament, which carries a prize fund of £100,000.

And after two days of thrilling golf, often played in testing conditions, Lane held off strong competition to emerge victorious with score of five under par. The veteran former Ryder Cup player led from the start, with a six-under par opening round on the 18-hole course, which measures just over 2,000 yards, giving him an early advantage.

However, tough scoring conditions in the second round saw the pack close up, with former Open Champion Paul Lawrie, who shot the course record in last year’s championship, finishing fast to close within one of Lane with a one-under-par 53.

Lane couldn’t match his fireworks of the previous day in round two, but three birdies early on the back nine proved vital, as he would go on to drop shots on both 17 and 18 while Lawrie played the final two holes in one-under. But he couldn’t deliver the closing birdie required to force a play-off, and Lane’s final round of 55 was enough to take the prestigious title and the £25,000 first prize.

“The course was fantastic,” said Lane. “Paul didn’t make it easy, especially towards the end, but I was confident that I could hold on. It was a wonderful tournament, and I’d love to come back to defend my title next year.”

Ladies European Tour star Charley Hull also made an early charge in the final round, with four birdies in her first five holes, but was unable to maintain her form to become the championship’s first female winner, and eventually finished tied ninth, alongside Wentworth’s Tom Reid.

Gary Wolstenholme equalled the course record earlier in the final day with a bogey-free round of 46, to finish in joint third with Andrew Sherborne and Andrew Marshall. Those five were the only players under par after two days – testament to the challenge presented by the course.

Host and two-time Major winner Tony Jacklin was on hand to present the prizes. While Lane took the professional’s prize, the Norma C Herd Silver Salver for leading amateur was taken home by 13-year-old Jack Drury, with a score of eight over par.

Carl Mason, who is the highest career money winner on the European Senior Tour, scooped the £5,000 Super Senior prize for the third year running, finishing on level par. Mason is always a strong competitor at the championship and won in 1999. The leading team prize was also won by Lane and his playing partner David Nelson, who combined to score of 14 under par.

The popular tournament once again attracted huge crowds, who lined the course to watch the professionals and stars from the world of sport and entertainment take part in the Celeb-Am that took place after the main event. Among the famous names on show were Damon Hill, Peter Shilton, Alan McINally, Dwight Yorke, Ron Atkinson and Dean Saunders, while comedian Jasper Carrott and actor William Roche were also in the line up.